Electrical storm (ES) is one of the most challenging clinical scenarios facing electrophysiologists, and in certain settings emergency ablation should be performed. The majority of ES occurs in patients with structural heart disease, predominantly coronary heart disease and nonischemic heart disease like right ventricular arrhythmogenic dysplasia and previous myocarditis as well as other cardiomyopathies. Implantable cardioverter-defibrillators (ICDs) are the first-line therapy in patients with ventricular tachycardia (VT) and structural heart disease. Recurrent VT episodes or ES are major problems in patients who receive an ICD after a spontaneous sustained VT. In addition, in patients with an ICD implanted for primary prevention of sudden cardiac death, 20 % will experience at least one VT episode within 3–5 years after ICD implantation. Catheter ablation has a high success rate in the acute setting in eliminating clinical VT. However, several factors make enodocardial catheter ablation of VT more difficult especially in advanced ischemic heart disease with heart failure and aneurysm. Frequently in nonischemic cardiomyopathies (NICM) there tends to be an epicardial and intramyocardial substrate where the critical VT zone can occasionally be epicardial or intramural in location. In some patients, an epicardial approach should be warranted first together with an endocardial approach or after failure of enodocardial ablation. Currently, the success rates of endocardial ablation in the acute setting are acceptable, but in the long term they are still not well defined. The purpose of this article is to highlight the importance of epicardial ablation as an alternative approach in controlling ES and to confirm the need for highly qualified centers to manage such challenging cases. 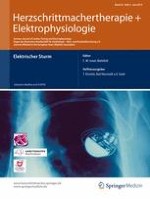 Successful ablation of ventricular tachycardia after correction of tetralogy of Fallot