Gold described a nomogram for prediction of recurrence-free survival (RFS) after surgery for gastrointestinal stromal tumors (GIST). This retrospective study was intended to evaluate the utility of this nomogram for predicting a 2-year RFS in our patients. Twenty-eight consecutive eligible patients from January 2009 to January 2013 who underwent R0 resection and had histopathologically proven GIST were included in the study. Nomogram predicted RFS was compared with observed RFS in four groups as in the National Institutes of Health (NIH)-Fletcher classification. Calibration was assessed by plotting the predicted probabilities of RFS against the actual outcome. For validation of the nomogram, the graph obtained should be closer to the 45-degree line. The observed overall 2-year RFS was 85.7 % (24 patients). Four patients had recurrence within 2 years. The observed RFS was 87.5 %, 77.8 %, 90 %, and 100 % in the high, intermediate, low, and very low risk groups, respectively. The nomogram predicted the 2-year RFS was 40 %, 84.8 %, 88.6 %, and 90 % for high, intermediate, low, and very low risk groups, respectively. Thus, the predicted probabilities of the 2-year RFS in intermediate, low, and very low risk groups were similar to the observed outcomes. However, for the high risk group, the observed RFS was better than predicted RFS. This variation in the high risk group may be due to the use of adjuvant imatinib in our study. 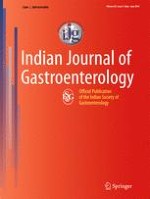 Tyrosinemia type I: Case series with response to treatment to NTBC