Expanded genetic carrier screening (ECS) is an important part of gynecological practice and preconception planning. We evaluated the awareness and attitudes among women regarding ECS and factors that may influence decision-making in a family planning context.

A 32-question survey in an academic university practice was given to 521 women who were either currently pregnant (n = 108), undergoing gynecologic care who were considering future fertility (n = 308), and considering or receiving fertility treatment (n = 105). Data are reported descriptively.

Forty-seven percent (n = 246) of patients were aware of ECS. Though most reported feeling positive or neutral towards ECS, 51% (n = 263) reported no desire for testing. Fifty-eight percent (n = 303) felt it beneficial to know their carrier status, and 55% (n = 257) said it was their responsibility to undergo testing. Those considering future fertility were found to have a more positive attitude towards ECS (51.4%) than those considering or receiving fertility treatment (34%). For positive carriers of a genetic disorder, 228 (49%) of patients would proceed with having their partner screened, 58 (13%) would undergo prenatal screening only and 12 (2.6%) would continue with vitro fertilization (IVF). Related to cost for ECS, 53.5% (n = 191) would be willing to pay at least $50–100 for testing, while 29% (n = 146) would not pay anything out of pocket.

Despite patients’ beliefs that it would be beneficial and their responsibility to undergo carrier status testing, the majority reported no desire for ECS and many were unwilling to pay out of pocket. Further education is necessary to reconcile the gap between technology and patient decision-making. 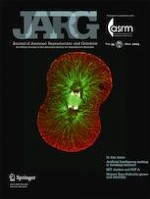 Women’s morbid conditions are associated with decreased odds of live birth in the first IVF/ICSI treatment: a retrospective single-center study

Meddling with new technologies or amending an embryos’ potential

Novel mutation in the ZP1 gene and clinical implications