Our previous study demonstrated the translocation of Aβ1–42 to the nucleus in response to antibiotic treatment, and interpreted it as a possible transcriptional response of Aβ1–42 to antibiotics. The present study aims to investigate how amyloid acts on the key elements of neurodegeneration and the molecules involved in the induction of Aβ1–42 production. For this purpose, we investigated the acute effect of Aβ1–42 on the transcriptional levels of genes that have roles in the mechanisms that produce Aβ itself: alpha secretase (ADAM10), beta secretase (BACE1), the gamma secretase complex (PS-1, PS-2, Nicastrin), the substrate APP, APOE (the significant risk factor for sporadic form of the AD), TREM2 (recently indicated as a contributor to AD risk), NMDAR subunits and PKCzeta (contributors of memory and learning), and key elements of tau pathology such as tau, GSK3α, GSK3β, and Cdk5. Additionally, we examined cholecalciferol metabolism-related enzyme 1α-hydroxylase (1αOHase) in primary cortical neurons with qRT-PCR. Our results indicate that Aβ1–42 has an effect on most of the target genes. This effect involves regulation of the amyloidogenic pathway in a complex manner, specifically, a general downregulation in NMDARs, ApoE, Trem2, and 1αOHase genes, and general up-regulation of tau pathway-related genes. We speculate that the presence of Aβ impacts the neurons not only with toxic events but also at the transcriptional level. The nuclear localization of Aβ1–42 and its regulatory effects on the target genes that we investigated in present study indicates Aβ1–42 as a transcriptional regulator of genes related to neurodegeneration. 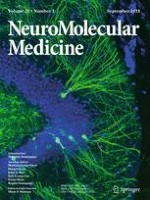