The identification of unknown bodies is of outstanding importance for a well-functioning rule of law. It serves to maintain legal security within the society and enables relatives and friends to receive certainty as a prerequisite for farewell and mourning. Furthermore, it is the fulfilment of a final moral and legal obligation towards the deceased.
In many cases, this is a challenging task in the field of forensic sciences and medicine. The most adequate way of identification has to be chosen in every single case to make the identification process itself as rapid and certain as possible. To do so, an effective cooperation between investigating authorities and forensic sciences is essential [ 2]. The extent to which identification of unknown deceased persons is part of everyday forensic casework, as well as the availability of resources needed, immensely depends on the circumstances in the country of assignment.
Anzeige
Interpol, the international police organization, having 194 member states (including Mexico and Germany), provides investigative support, expertise, and training to law enforcement authorities worldwide ( www.​interpol.​int). Concerning the identification of unknown bodies, Interpol developed a protocol for disaster victim identification (DVI) that is used to identify victims of man-made or natural mass casualty incidents [ 11]. The protocol defines so-called primary identifiers (odontology, fingerprints, DNA profile) and secondary identifiers (individual physical characteristics, e.g. tattoos) as appropriate methods to clarify the identity of an unknown body. The chosen method of identification “should be scientifically sound, reliable, applicable under field conditions and capable of being implemented within a reasonable period of time” [ 11].

The situation in Mexico and Jalisco

What are the field conditions actually like in Mexico? The National Commission of Human Rights (La Comisión Nacional de los Derechos Humanos [CNDH]) assesses the current situation in Mexico as a humanitarian crisis [ 6]. Since the beginning of the so-called war on drugs in 2006 by former president Félipe Calderón, 37,443 dead bodies remained unidentified nationwide by the end of 2019 [ 13]. Nobody knows how many of them were part of the number of 61,637 persons that have been reported missing since 2006, according to an official report of the Mexican government in January 2020 [ 10]. In the state of Jalisco in the year 2019 alone 2100 persons were reported missing [ 19]. A total number of 4060 dead bodies remained unidentified by October 2019 [ 20]. The number of unidentified bodies and the resulting burden on civil society and forensic institutes, emphasizes the need to develop a pragmatic strategy that leads to an improvement of the identification process.

Goal of the study

The main goal of the study was to enlighten the possible role of tattoos in the identification process of unknown bodies, while considering the current circumstances in the state of Jalisco.

The Instituto Jaliscience de Ciencias Forenses (IJCF) in Guadalajara is, together with its eight delegations, in charge of the forensic services in the whole state of Jalisco. Using the database of the institute that contains the post-mortem information of all bodies that underwent autopsy, a retrospective study was performed. The saved data of all incoming and complete bodies from the Metropolitan Area of Guadalajara (ca. 5 million inhabitants) within the period from 1 January 2019 to 30 June 2019 have been reviewed. Exclusion criteria were an age of less than 10 years, and bodies, whose surfaces were no longer present or assessable due to perimortem or post-mortem changes. Special focus has been put on the presence of tattoos, the tattooed body localizations and motives.
Anzeige
The presence of tattoos has been assessed by revision of the necropsy protocols and the post-mortem photographs. Concerning the tattooed body localizations, the following six regions were discriminated: head and neck, trunk, shoulders and upper arms, lower arms and hands, genitalia and buttocks, legs and feet. According to existing literature [ 3], head and neck as well as lower arms and hands were defined as body regions, that are usually exposed during everyday life.
The process of defining a classification for the tattoo motives involved all authors working at the IJCF. The aim was to establish an objective and practice-oriented grouping of the most common tattoos. In a consensus, a final classification has been established with the following 11 groups (keywords): letters and/or numbers, human, animal, plant, object, religious symbol, other symbol, tribal/ornament/geometric, fantasy/demon/comic, others, unrecognizable.

Of all the 2342 bodies reviewed, 2045 matched the inclusion criteria, and were considered for further analysis.

The most common motives were, according to the established classification and with decreasing frequency, letters and/or numbers, human, symbol (other), plant, symbol (religious), animal, object, tribal/ornament/geometric, fantasy/demon/comic, not recognizable, others. The frequency of classified tattoo motives, discriminated by sex, is depicted in Fig.  5. The high percentage of tattooed letters and/or numbers in both sexes is remarkable. To assess the diversity of tattoos, the number of different classes was recorded for male and female bodies (Fig.  6), as well as color of tattoos (Fig.  7). Monochrome describes the use of one color only, and polychrome the use of more than one color in the tattoos.
×
×
×

The identification of unknown bodies is of outstanding importance in many ways. The method of identification used in every single case should be scientifically sound, reliable, and yield results within a reasonable amount of time [ 11]. Its suitability strongly depends on the existing local conditions, particularities, and the population [ 12, 16, 17].
Anzeige
The value of morphological methods to identify unknown bodies is beyond doubt [ 2, 5, 7, 11]. The relevant morphological features need to be present in the respective population and be known or authentically documentable in antemortem samples. The characteristics should be persistent and resistant to post-mortem changes, and the possibility of documenting them post-mortem should be granted.
Figures from the Mexican Register of Missing and Disappeared Persons (Registro Nacional de Datos de Personas Extraviadas o Desaparecidas [RNPD]) show that nationwide 17% of reported males and 6.5% of females are tattooed. For Jalisco, the numbers are above the Mexican average: 32% of reported males, and 21.2% of reported females are tattooed [ 1]. Not yet published antemortem data from the IJCF in Guadalajara, derived from interviews with families who come to the institute to search for a missing or disappeared relative, indicate even higher numbers: More than 50% of the reported males and females had at least 1 tattoo, described by relatives. The above presented evaluation of post-mortem data from autopsies at the IJCF shows that 45.8% of all bodies (male: 46.8%, female 38.5%) were tattooed. In routine casework in the IJCF, tattoos regularly give the fastest, and sometimes only hint towards the identity of an unknown body.
Tattoos reflect the identity of the tattooed person. They can be seen as storytellers of experiences gathered during life that can continue existing after death. From a less philosophical and rather pragmatic point of view they are morphological features that are suitable to point out or ensure the identity of a living or deceased person [ 4, 9, 15]. To serve as a feature to establish an identity, tattoos need to be unique enough. Accurate ante-mortem and post-mortem information must be available.
Post-mortem, tattoos are features that are usually easy to document during autopsy. On decomposed bodies, infrared photography and hydrogen peroxide can be used as simple, quick and affordable methods to gain proper information about their presence and motives [ 14, 18]. Concerning antemortem information, a large number of datasets are generated during interviews with searching relatives, independent of data acquired or shared by investigating authorities. For both the ante-mortem side and the post-mortem side, the information collected should be as accurate and objective as possible. In this respect, problems can occur when tattoos are described in order to compare them in databases. As tattoos are pieces of art and often connotated with a symbolic meaning, their description should be as objective as possible to lower interobserver bias and to take the occasionally only rough characterizations in antemortem data into account. Proposals for such categorizations have been developed in the past [ 8], although there is no practice-oriented approach that is applied in Mexico with respect to typical national motives. Therefore, the authors of the presented study developed a pragmatic and simple classification of tattoo motives that might serve as keywords to characterize them as objectively as possible.
Anzeige
The number of different tattooed body regions and motives within the study, indicate great significance of tattoos as possible means of identification. Especially the high number of tattooed letters and numbers (e.g. names and dates) can be of major importance. Apart from this, 28.6% of all 2045 bodies included in the study presented tattoos on body localizations that are usually visible during everyday life, and may be depicted on family photographs as well as on social media platforms.
Taking into account all accessible data, tattoos can be of great importance in the identification process, either as a stand-alone identification method, as a complementary tool or to plan and prioritize subsequent, e.g. molecular genetic investigations.

The identification of an unknown body is a moral obligation towards the deceased, and of outstanding importance for a society.
All available antemortem and post-mortem information should be used to quickly and safely identify an unknown corpse, based on sound and reliable forensic scientific investigations.
Considering the results of the presented study from Jalisco and the current situation in Mexico, the authors recommend an increased use of tattoos to identify unknown deceased persons. They can be either used as a stand-alone or a complementary identification method, depending on the circumstances of the individual case.

The German authors are sincerely grateful for the great trust and the overwhelming cordiality shown by Dr. Macedonio Tamez Guajardo, Ing. Gustavo Quezada Esparza, Dra. Martha Stephania Robles Cervantes and the whole staff of the Instituto Jalisciense de Ciencias Forenses and the Coordinación General Estratégica de Seguridad during their work and stay in Guadalajara. Furthermore, the authors thank Karen L. Argumedo Espinoza for the hand-drawn figures.

The work of the German authors as international experts was supported by the project “Strengthening the Rule of Law in Mexico” of the German Cooperation for Sustainable Development (GIZ), a company belonging to the German Federal Government. The project is financed by the Foreign Ministry of the Federal Republic of Germany (AA). For more information: https://​www.​giz.​de/​en/​worldwide/​78727.​html.

For this article no studies with human participants or animals were performed by any of the authors.
Open Access. This article is licensed under a Creative Commons Attribution 4.0 International License, which permits use, sharing, adaptation, distribution and reproduction in any medium or format, as long as you give appropriate credit to the original author(s) and the source, provide a link to the Creative Commons licence, and indicate if changes were made. The images or other third party material in this article are included in the article’s Creative Commons licence, unless indicated otherwise in a credit line to the material. If material is not included in the article’s Creative Commons licence and your intended use is not permitted by statutory regulation or exceeds the permitted use, you will need to obtain permission directly from the copyright holder. To view a copy of this licence, visit http://​creativecommons.​org/​licenses/​by/​4.​0/​. 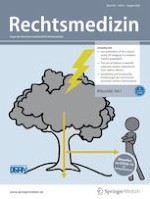