This study aimed to evaluate and compare learning curves for the retroauricular (RA) and transaxillary (TA) approaches in endoscopic hemithyroidectomy.

The medical records of 290 patients who underwent hemithyroidectomy by either the RA or TA approach from November 2007 through December 2015 were retrospectively reviewed (113 patients with RA and 177 with TA). The two groups were compared with regard to patient characteristics, perioperative clinical results, and complications. Learning curves for the two approaches were compared based on the number of cases required to reach a consistent operation time and drainage amount.

Age at diagnosis, tumor size and location, and thyroid size were not significantly different between the two approach groups. Multiplicity and extrathyroid extension were more prevalent in the RA approach (p = 0.048 and 0.020, respectively). Operation time and hospital day were significantly shorter in the RA approach (p < 0.001 and p = 0.030), while postoperative bleeding was less common in the TA approach (p = 0.021). Operation time and drainage amount stabilized after 50 cases for RA and 90 cases for TA. Additionally, operation time, amount of drainage, hospital stay, and complication rates significantly decreased after stabilization of the learning curve. When comparing the two approaches before stabilization, postoperative bleeding was more frequent in the RA approach (p = 0.044), while no difference was observed after stabilization.

The RA approach seems to be beneficial for reducing operation time and hospital stay, and for stabilization of the learning curve. Postoperative bleeding should be considered during the period of early experience for the RA approach. 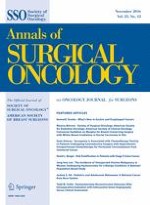 Laparoscopic-Assisted Rectal Surgery for Rectal Cancer Using the Simple Rectum Catcher Device with an Intraoperative Colonoscopy: Results of Our Hospital Study in 203 Patients