Proteomic studies suggest an association between haptoglobin (Hp) and polycystic ovary syndrome (PCOS). Hp is a classic inflammatory marker and binds to the intravascular hemoglobin, avoiding the oxidative damages that can be caused by free hemoglobin. Inflammation and oxidative stress are important in the pathogenesis of the PCOS, one of the most frequent metabolic diseases in women.

Hp1-Hp2 polymorphism is not associated with PCOS but plasma Hp could be a potential biomarker for PCOS and its complications. 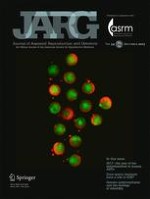 Two-cell embryos are more sensitive than blastocysts to AMPK-dependent suppression of anabolism and stemness by commonly used fertility drugs, a diet supplement, and stress

The association between fatty acid index and in vitro fertilization outcomes